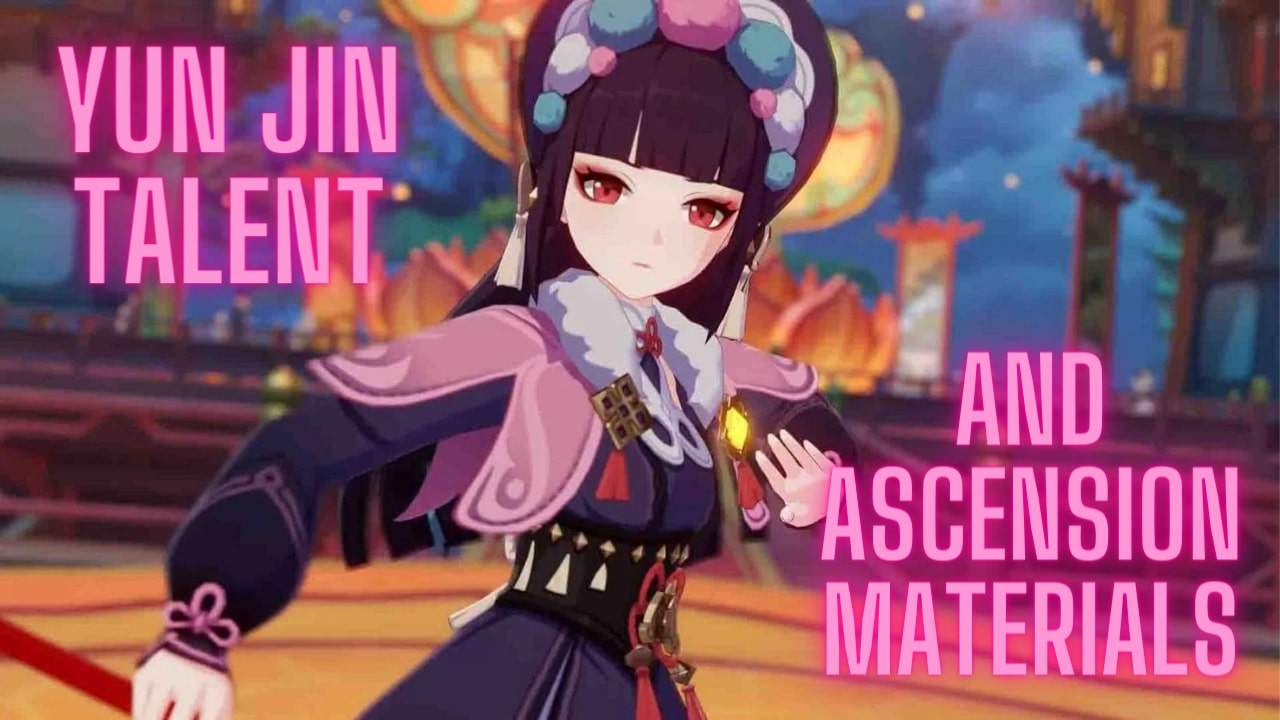 One of Genshin Impact’s most redeeming features is the plethora of characters that the player can choose from. Among them is Yun Jin, a Geo character who was first introduced into the game on January 5th, 2022, in the ‘The Transcendent One Returns’ event wish and has since been featured in 3 more event wishes.

Yun Jin hails from Liyue and is famous there for being an elegant dancer and singer. She is also an excellent playwright, being the director of Yun-Han Opera Troupe. She appears to be modeled as an elegant lady.

If you have been able to pull Yun Jin and now wish to make full use of her then you are going to need the following materials:

Ashen Heart – The Ashen Heart can be obtained as a random reward upon completion of the Level 70+ La Signora Trounce Domain located in Inazuma city. You will need to collect a total of 18 of these.

Crown of Insight – You will only need 3 Crowns of Insight and there are different ways to acquire them like purchasing them from an event shop. Our recommended method is to upgrade the Sacred Sakura’s Favor since you will be able to receive it at levels 5, 15, 25, 35, and 45.

Guide to Diligence – You will require 63 of these and they are also dropped from the Domain of Mastery: Heart of Flames II ~ IV (Tuesday/Friday), and Domain of Mastery: Abyss of Embers (Sunday). You can also craft them by using three Teachings of Diligence for each piece.

Philosophies of Diligence – Be prepared since you will have to gather 114 of these. They are dropped from the Domain of Mastery: Heart of Flames V (Tuesday/Friday), and Domain of Mastery: Abyss of Embers (Sunday). One of these can be crafted by consuming three Guides to Diligence for each piece.

Damaged Mask – These can be obtained after you defeat Hilichurls, Ranged Hilichurls, and Samachurls which are a very common mob, especially at the beginning of the game. Collect 18 of these.

Stained Mask – Stained masks are dropped when Lv. 40+ Hilichurls, Ranged Hilichurls, and Large Hilichurls are defeated. You will need 66 of these so be diligent. You can also craft them by using three Damaged Masks.

Ominous Mask – You will require 93 of these and they can also be procured by defeating Lv. 40+ Hilichuls, Large Hilichurls, Ranged Hilichurls, and Large Samachurls. One could also be crafted by using three Stained Masks.

Ascending your character is a crucial part of Genshin Impact if you want to use that character in battles. Following are the materials you will need to ascend Yun Jin along with their locations:

Riftborn Regalia – You can only obtain this as a drop reward for defeating the Golden Wolflord, and in addition to that you will need to collect 46 of them altogether.

Glaze Lily – These can be found on Terraces in either Qingce Village or Liyue Harbor. They spawn every 2-3 server days after being collected. You will have to gather 168 of them.

Prithiva Topaz Gemstone – In a similar fashion, you can obtain this by defeating the same enemies, but they must be Lv. 75+. Only 6 gemstones are required, and they can also be crafted by consuming three Prithiva Topaz Chunks.

Damaged Mask – You will need 18 of these and their location is mentioned above under Yun Jin’s Talent Materials.

Stained Mask – Collect 30 of them and their location can also be found beneath Yun Jin’s Talent Materials.

Ominous Mask – 36 of these are required and you can find their location touched upon in Yun Jin’s Talent Materials as well.

To help you in Genshin Impact, we have answered some popular questions below:

Is Yun Jin Worth it?

Yun Jin is definitely worth the pull if you are getting her. Not only can she buff her teammate’s normal attack, but the buffs are applied regardless of element giving players a good advantage. Building with her could be rewarding if you do it wisely.

Which is the best weapon for Yun Jin?

Since Yun Jin is a Geo character meaning she needs to get high energy recharge. Taking this into account we recommend the Favonious Lance since it has a 25% energy recharge allowing her to gain energy quickly.

Is Zhongli better than Yun Jin?

Zhongli can provide an attack boost as well as shields for your teammates, but the attack boost is not that significant. While Yun Jin cannot provide shields but the attack boost, she grants is extremely effective in the long run. The answer depends on your playstyle, and which character you find easier to use.

Genshin Impact is capable of capturing the player’s imagination and providing them with an entertaining gameplay experience. They do so by constantly adding new features to the games as well as new characters that the players can choose from.

One of such characters is a Geo character called Yun Jin and if you have chosen to build with her then you would need to level up her talents and ascend her. This guide helps by telling you about the required materials for said tasks and where to find them. If this was useful to you then be sure to let us know in the comments below.

For more help on Genshin Impact, read our