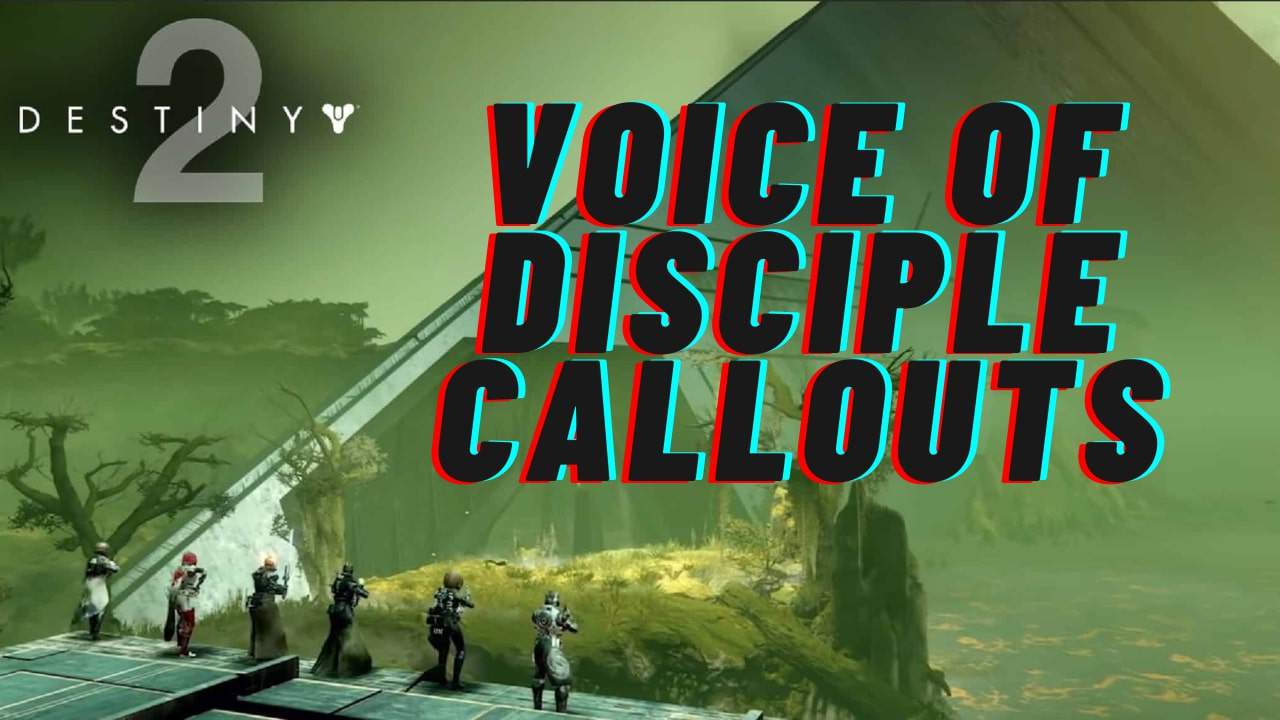 Destiny 2 has had some amazing expansion packs throughout the years. The way the story smoothly transitions from one pack to another is extraordinary and each pack always has something new for the players to look forward to.

Recently, the developers of Destiny 2 rolled out a new expansion pack by the name of ‘The Witch Queen’, and players have been appalled ever since going so far as to call it the best expansion pack of Destiny 2, and rightfully so.

Destiny 2: The Witch Queen hosts one of the strongest characters in the game so far, The Witness, and the last boss of the Vow of the Disciple Raid happens to be his disciple. If you want this raid to go smoothly then it would be best to commit callouts with their symbols to memory.

All Symbols with Their Callouts

It is crucial to learn callouts especially when you are partying up with randoms in a raid to not cause a communication gap. A total of 27 symbols were introduced in The Witch Queen along with their official callouts.

At the beginning of the Vow of the Disciple raid, there exists a room where these symbols are transcribed onto the pillars. Each symbol displays its official callout as soon as you hover over it with your crosshair. You can also check out the chart below which has these same callouts and symbols.

What Do the Symbols Mean in Vow of the Disciple?

These symbols are not just cosmetic, rather they have a role to play in the game. Players are required to collect three specific symbols; these symbols will then be offered to the Obelisk allowing you to move on with the raid.

The symbols are also meant to guide the players to the Disciple Compass spawn point. The first symbol would indicate the symbol needed to be presented as an offering. The second symbol hints toward the room housing the Glyphkeepers, and lastly the third symbol reveals which Glyphkeeper must be killed.

This is also not the point where the use of these symbols ends. Players will keep encountering them throughout the raid and they will benefit them by suggesting the location of the final boss.

Following are the answers to some questions you might have regarding Destiny 2: The Witch Queen:

Does The Witch Queen cost money?

Yes, it does cost some money to get The Witch Queen. The Standard Edition costs 13.99$, and the Deluxe Edition costs 27.99$ but if you want to get the 30th Anniversary Bundle along with it then it would cost a total of 34.99$.

Can you encounter the symbols outside of the Vow of the Disciple raid?

If you want to look at these symbols and get in some practice before the raid, then you can do so through a weekly special event. This event is called the Preservation and can prove to be good practice for players who are anxious about the raid.

Who is The Witness in The Witch Queen?

The Witness is shown to be an extremely powerful being who is capable of shifting worlds. He seems to be the big boss that Bungie is preparing for the proceeding expansion after The Witch Queen.

Vow of the Disciple which is a raid in the recent DLC for Destiny 2, The Witch Queen has distinguished itself as the most strenuous raid in all of Destiny 2 history. This is quite the feat to achieve especially for a game that has been around for almost 5 years.

If you want to have a relatively easier time during this raid, then it is probably a good idea to learn all the new symbols and their callouts that you will be encountering during this raid. If you have already completed the raid, then let us know in the comments below about your experience with it and drop any helpful advice that you might have as well.