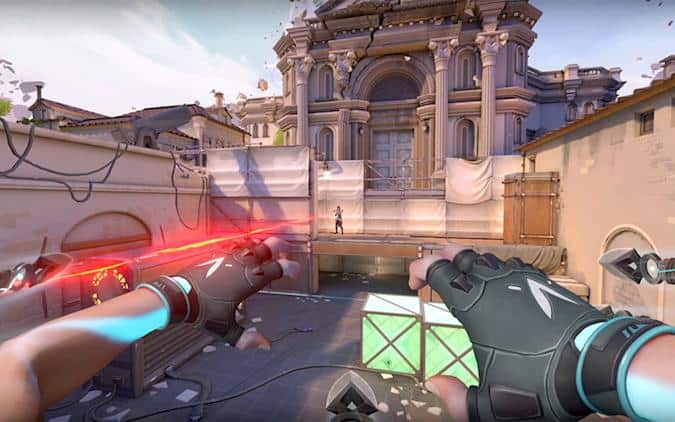 Riot Games surprised the world when it announced it was developing a new First-Person shooter named Valorant. Known mostly for their successful League of Legends, the transition from MOBA to FPS was a big surprise to many gamers

Valorant has now released its closed-beta – and for the player’s who registered for it now get to play. If you’re one of those players – get ready for some exciting gunplay, abilities, and team fights.

Assuming that is, bugs, crashes, and other issues don’t get you first. And if they did – don’t worry – I got fixes for that!

Keep in mind all the fixes I’ll be listing here will be applicable to the closed-beta only, and so future updates and the game’s full release will squash out some bugs (or introduce new ones).

So you were one of the lucky few that got the beta keys, whether it was from Riot Games or your friends. You decide to hop onto their website and download the game.

The website finishes loading – and then you’re hit with that terrible “Sorry Page not Found” screen. But how? But why?

Unfortunately, the Open Beta is only for US and EU regions – which means the rest of us in SEA, Asia, Africa, South America, and Australia won’t be able to get the game.

Unless of course – you hop on to an US/EU region. The easiest fix to this issue is to simply download a VPN client, connect to the US EU, and download the game from there!

Thankfully, Valorant does not aim to destroy your GPU’s and Processors. It is not demanding as other Triple A titles out there – but always good to check if your PC can run it. If you can’t – it’s about time you save up and invest in a new one!

Sometimes your Anti-virus mistakes your video games as a potential virus- and puts it into quarantine (relevant now huh?). It’s annoying – but at least the software is doing its job. Simply open up the settings menu for your anti-virus, and open up the quarantined files. Afterwards choose to make an exception for Valorant.

The latest games usually requires the latest drivers – older drivers tend to cause crashes due to incompatibility issues. You may update your graphics card drivers from the Control Panel under the Device manager menu, or just use your GPU’s 3rd party software!

For those with choppier Internet, sometimes the download client misses a file or two. Using the Riot Games client, simply select the settings options – and find Scan and Repair.

Error 43 is currently a notorious bug that stops you from getting to the main menu. The developers are doing their best to release a patch for this issue soon. If you’d like to get the game running, the current hotfix is to reinstall the game.

Are you experiencing terrible frame rates? Did the First-Person Shooter turn into a First-Person death sentence as you watch yourself die in frames? Not to worry – here’s some fixes to get that performance back.

As mentioned previously, this isn’t the most graphically demanding game. However, if your setup still struggles to runthe game at 30FPS – you might as well go to the settings and lower graphics.

Being a competitive shooter game, your FPS will matter more than your graphics. You wouldn’t want to be in a fire fight at 5 frames per second now would you?

Close all other applications (except for the Anti-cheat)

Strangely enough even if the game isn’t that demanding on your GPU, it is demanding elsewhere. The game comes installed with a 3rd party software – Anti-Cheat – designed by Riot to check and control for cheaters.

This unfortunately takes a toll on your CPU, which can result in lower frames. To solve this issue – you might as well try to close all other applications running in the background.

As a multiplayer game, it’s gut-wrenching to find out you can’t even play the game. What are you supposed to do now with the 50 or more GB of data? For starters – you can try and do the following fixes:

Sometimes it’s the wireless network card on your setup that’s having issues. Usually a simple disconnect and reconnect can fix the issue. If that didn’t work – try and switch to a wired connection instead.

Check your Network settings and router

Occasionally the router could run into some network changes that halts all Internet connection. Or perhaps some ports are shut for gaming. Make sure to check your router settings, and open up all digital ports to allow server connectivity.

As mentioned earlier, the closed Beta is currently open only to EU and US servers. So if server connectivity still persists, now’s a good time to download a VPN (if you haven’t already) and connect to the servers. Mileage may vary depending on the VPN and your Internet speed – but should hopefully fix server issues!

Yes, I’m serious. Wait it out. Because Valorant is a recent release, it’s likely there’s only few dedicated servers. What this means is that it can only host and allow only a couple of games at a time.

Perhaps the servers are full. So what you can do is simply take a walk, drink some water, wait around 5 – 30 minutes. After that boot the game up and see if you can join a match!

A fix for all: Wait for full release

This sounds like a cop out, but do hear me out. Remember that Valorant is currently in the closed-beta testing stage, and not full release. The game isn’t quite fully polished, and it’s been released to a select few to test for bugs and what not.

So before you start complaining to the developers about how horrible the game is, remember they’re looking for your help to make it better. If you’re one of the lucky ones who got a beta-key, do your best to help.

Comment on support threads on Reddit, the games website, and other gaming communities. Report bugs when you see them. By doing so, you’re making the jobs of dedicated and exhausted programmers easier.

For the rest of us, we’re just going to have to wait for full release!