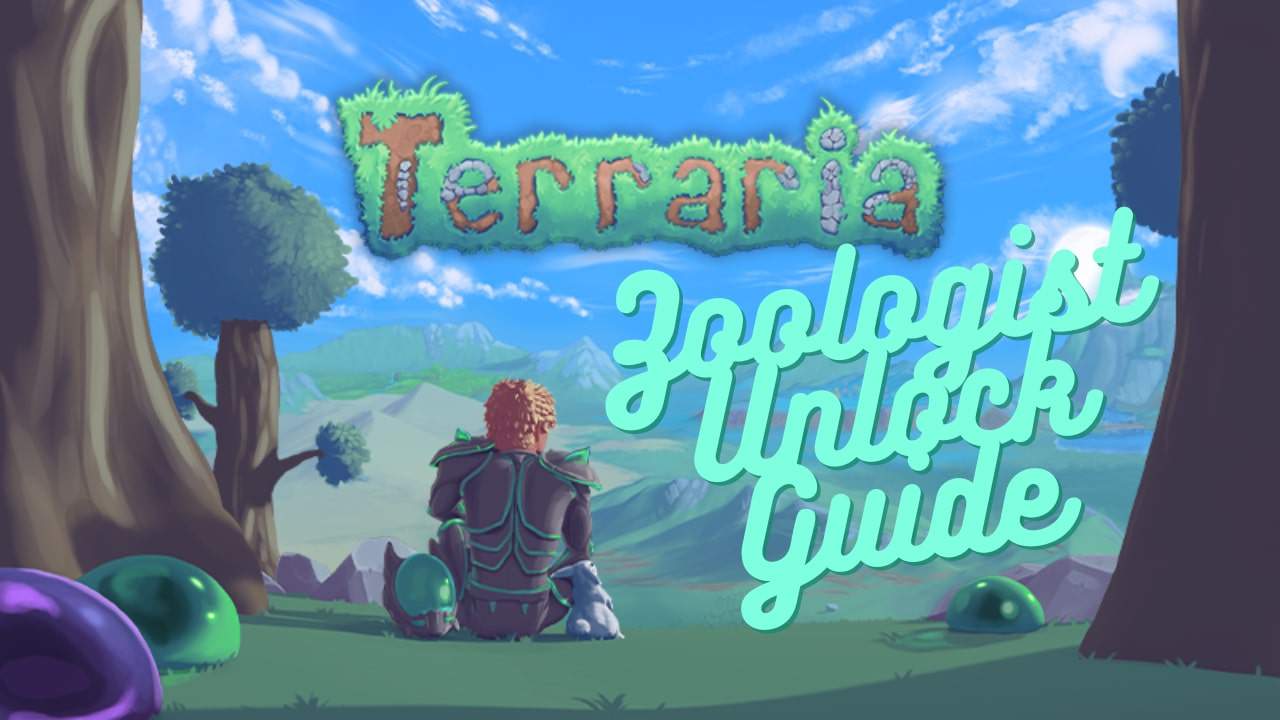 Terraria is an exciting action-adventure game developed by Re-Logic and was released on May 16, 2011. It garners a huge audience with its captivating gameplay and availability allowing players across the world to enjoy it. The game receives updates, and the recent 1.4.2 update has the Terraria community exhilarated.

Several new features have been added along with new NPCs and new items. Among those NPCs is the Zoologist NPC which players can buy a pet license and several other useful items. If you want the Zoologist NPC too then you are in the right place. In this blog, we have prepared a complete guide on how you can get a Zoologist employee for yourself.

Setting Up a House

Since the Zoologist is an NPC, the player will continuously trade with, they need a house for themselves. The first step to getting the Zoologist NPC is to find a suitable residence for her to be able to stay in. Building houses is an old mechanic in Terraria present since its early days, so if you have done it before, you will be able to do it without any hitches.

In order to increase the chances of the Zoologist spawning, build the house in a forest, and the Zoologist loves Witch Doctors while also having a liking towards the Princess and Golfer NPCs. These conditions will greatly affect your chances of getting the Zoologist.

The Beastiary is another new addition to the game that came along with the recent update. It displays information on entities you have encountered in the game as well as their stats, which can be beneficial to many players. You can access the Beastiary by opening the settings and clicking on the Beastiary icon.

To get the Zoologist NPC, the player needs to complete at least 10% of the Beastiary which comes to a total of 53 entries in-game. These entries can be filled by either defeating enemies or through NPC conversations.

The Zoologist NPC is no special case among NPCs, and if you have completed the previously stated steps properly then you will surely get the Zoologist. Once you get her you can start purchasing the items she has to offer like licenses for some animals and a plethora of useful items to assist you on your adventures.

Following are some frequently asked questions about the Zoologist NPC:

Which biome does the Zoologist dislike?

We have already stated that the favorite biome of the Zoologist is the Forest, but just like other NPCs she also has a dislike towards a certain biome. The Zoologist dislikes the Desert biome.

Which NPCs does the Zoologist dislike?

The Zoologist also has a preference when it comes to NPCs. She only has a slight dislike towards Anglers just like she has towards the Desert biome, but she abhors Arms Dealers and stays away from them.

What items can you purchase from the Zoologist?

The Zoologist brings several important and convenient items for the player. These include things like: The Guide to Critter Companionship, Animal licenses, Animal parts, Pylons, etc. For a better look into the items available, we recommend you check the Zoologist Wikifandom.

Terraria is a very entertaining action-adventure game enjoyed by many across the globe. After the new 1.4.2 update, players have been trying to get their hands on the new items and NPCs as soon as possible but finding out how to do so can prove to be a little tricky sometimes. One of such NPCs is the Zoologist.

We have made this complete guide to help players unlock the Zoologist NPC as soon as possible and reap the benefits she brings with herself. If you are a Terraria fan and you found this guide helpful, then be sure to let us know in the comments below.