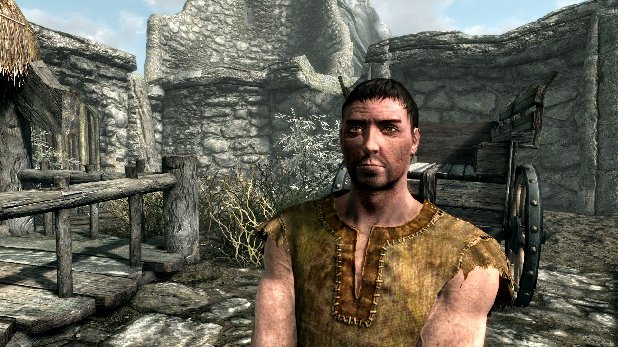 A number of Skyrim’s races date back to the original release in 2011. New players may choose their favorite race in a new game. But they never take into account the consequences of their choices. Because all races have different advantages in the game.

In Skyrim, taking on the role of a mage can be difficult. It is also important to select the right race for it. So, today we will see the best Skyrim Races As Mages.

Skyrim Races As Mages Guide of 2022

Even though Skyrim is over a decade old, it remains one of the most popular games. Since Skyrim’s enduring appeal, Bethesda released a remastered Special Edition of the game back in 2016, maintaining the game’s relevance after all these years. A VR version was released in 2018 as well.

But with the game’s contents available now, they have access to a whole new trove of knowledge their gaming forefathers would have never had. We will discuss the best Skyrim Races As Mages in this article.

Surely by now, everyone knows that the Nordics dislike magic. They are suspicious of numerous court wizards. They are horrified by the existence of certain magical colleges. The Nords do not have any defensive magic skills by default. The same is true for offensive magic.

They are 50 percent Frost Resistant. They are useful against many Frost Spells. The Battle Cry sends enemies fleeing for 60 seconds. Despite not being directly related to magic, it is still an important tool for fending off enemies.

Nordic mages lack any magic, so they have to deal with hardship and loneliness in their role. Good luck if they decide this is the right path for them. Otherwise, it is best not to mix Nords and magic together.

Players looking to build offensive Thief characters will find this race of cat-like creatures useful. The thief/assassin combination of Sneak, Lockpicking, and Alchemy is perfect for this race.

There is a +5 Alchemy bonus. The bonus is useful for enhancing other magical skills. For example, Alteration. For a short while, there is illusion and restoration.

In addition to bolstering defensive magics like conjuration, alchemy can also boost offensive spells. Various poisons can also be crafted with it.

There is a 12 point increase in damage for Khaajiit claws. You can also see more clearly for 60 seconds when in darkness with Night Eye. However, neither of these are useful in a mage playthrough.

This spell sets features Flames and Healing as starting spells, along with a Racial Power that provides night vision for 60 seconds. The race is the perfect candidate to slink around Tamriel’s dark alleyways.

Elves from the woods of Valenwood constitute the Wood Elves race. Wood Elves have rejected civilization’s trappings for centuries, preferring to live among nature and animals instead. Their close connection with nature has allowed them to construct their cities on top of giant walking trees that permeate Valenwood.

Bosmer also has a +5 in Alchemy, like Khajiit. It is also possible to boost other magics with alchemy. Against poison or disease, they possess a 50% immunity. This resistance can be helpful for securing a win against many magical enemies.

They are also good at sneaking, lockpicking, and light armor because of their agility. Therefore, they fit nicely into Thief-based roles. For 60 seconds, they can control a wild beast using their racial power, Command Animal.

If needed, it provides an unexpectedly strong ally for the player. It’s best to stick to the bow as long as you can for Wood-elves because they are natural archers.

Redguards are a race of Men who hail from Hammerfell in the desert. They are known to be among the most skilled warriors in Tamriel.

Having held their position for centuries, the Redguards of Hammerfell embody a fiercer style of combat than the Nords of Skyrim. Every weapon known to Man is in the hands of the Redguards. But they prefer to wield swords and shields. Alteration skills begin with a +5 bonus for Redguards. Their Destruction skills also start with a +5.

The Redguard is the perfect race for those looking to find a light-armored warrior in Skyrim. Due to their skills in One-Handed, Block, and Archery, Redguards are particularly favored. Furthermore, Redguards are capable of using Magicka. Although not as well as the Mers or the Imperials.

Nevertheless, they are still talented in Alteration and Destruction. Adrenaline Rush, their race power, regenerates stamina up to 10 times faster for 60 seconds.

Are you interested in becoming a Battlemage? If so, you should choose the Imperial race. One-Handed and Restoration are highly favored skills for this race, which is suited to imposing its will on the battlefield.

Restoration is +10 for imperial. Enchanting skills are also +5. This means it can be used defensively or offensively. Enchanting and Destruction skills start at +5 for imperials. Gold is more likely to be found when you have Imperial Luck. Mages are not affected directly, but mage gear can be used to buy them.

Flames and Healing spells are used at the beginning of the race. For 60 seconds, its Racial Power, Voice of the Emperor, calms anyone nearby.

In addition to their mysterious identity, the Dunmers are renowned for practicing the dark arts. The Dunmer were originally Mers, servants of the Daedric God Boethius. They came to Morrowind along with other Daedric races. They are elusive and shifty creatures. These traits belie their mastery of magical powers.

Illusion spells start as +5 on Dunmer, along with Alchemy. Alchemy is useful for boosting other magics. Destruction is boosted by +10 by default. Additionally, Sparks is added. Alchemy increases offensive magic, again.

There are elements of Illusion, Alteration, Alchemy, Destruction, and Sneak that are preferred by this race. Therefore, Dark Elves are a perfect option for players with different styles of play. Ancestor’s Wrath is the racial power of the Dark Elf. The player is covered by a Flame Cloak for one minute, which damages any enemy near them for 10 HP.

Bretons are based more around Magicka in the game. Among their most preferred skills are Conjuration, Illusion, Restoration, and Speech. Flames, Healing, and the Conjure Familiar are used to start the game.

Bretons receive an additional spell, Conjure Familiar, in addition to their +10 spells in Conjuration. As well as Conjuration, Alchemy is another spell that boosts the offensive powers of Bretons.

This race has a racial power called Dragonskin, which allows them to absorb 50 percent of the magical energy from spells.

Altmer, Tamriel’s most powerful Magicka users, is known as the High Elves. They are second only to Bretons in Magicka power. Altmer are tall, fair, and handsome, and descend from the long-gone and mythological Aldmer people. Consequently, they pose the greatest threat to Tamriel’s Empire. As a powerful faction dominated by elves, most of whom are orcs and bosmers, the Aldmeri Dominion is led by the Altmeri.

Due to their natural proficiency with magic, High Elf characters are probably the best choice for those looking to use offensive magic attacks in Skyrim. This is particularly true of their Destruction spells. Flames, Fury, and Healing are their starting spells, which make them a force to be reckoned with at any level.

They have an additional spell, Fear, as well as a +10 to Illusion. Additionally, they have +5 to Alterations, Restorations, and Enchantments. Conjuration and Destruction are also +5. It is possible to enhance these spells using enchanting.

Highborn is the racial power of High Elf. Every second, it will regenerate 25% of a High Elf’s Magicka. Keeping their Mana levels high so they can cast spells continuously.

This was all about Skyrim Races As Mages. You now know which races are best as Mages and which suck. So, you can according to your play style.