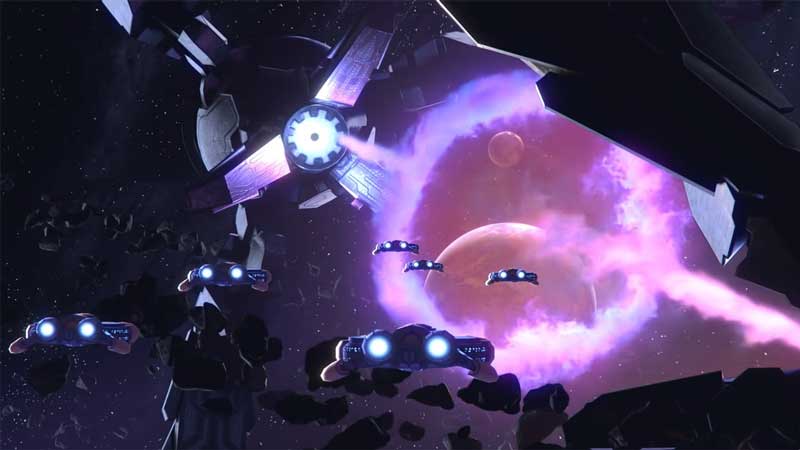 Your success in Stellaris depends on gaining Influence. Multiple ways are available to you for using your Influence and Stellaris Increase Influence.

It is important to note that one of the most useful uses of the system is the ability to send edicts within your empire. Then you can build starbases in order to gain more Influence over the universe.

Let’s talk about how to gain Influence in Stellaris in this guide.

You can expand your control over resources and territories by gaining more Influence. You may find it somewhat stressful if you are setting out in the game to go after Influence.

Every month, you can increase your Influence in Stellaris. You only get three influencers per month when you start. You can, however, increase Influence monthly in a variety of ways.

Influence is automatically granted to all empires. Each month, you’ll be given three influences when you start a game. This amount is a trickle in comparison to all the things it is used for. So let’s see how we can increase that number.

One thing is to research technologies. It’s pointless to rule a galaxy without having any rivals, right?

Stellaris players have the good fortune of declaring rivalries with any player they like. You may gain an additional 1.5 influence every month from each rival. Be careful not to go bonkers. The following points should be kept in mind.

In the first place, avoid declaring an empire greater than yours a rival. There’s no question you’ll get into a war you don’t want and probably lose it as well.

In addition, the size and proximity of your empire influence your monthly Influence. The Influence of a larger rival nation will be greater than that of a young one.

Your allies must be considered as well. It is smaller countries that will be most affected by rivalries. And finally, you will gain more Influence if you are closer to a rival.

Last but not least, create a balance between force and peace when dealing with rivalries. In order to gain Influence, you must avoid being overly aggressive or too passive. There is a balancing act to be done.

Having declared your rivalry, you must maintain that act for a minimum of ten years. Until then, your empires will remain separate.

A faction in Stellaris is equivalent to a political party. You gain two influences per month from each one in your empire. Your monthly Influence will increase by one if you research Living State Technology.

The increase in Influence will be further multiplied by a few civics and ethics principles that can be applied on top of the base growth.

You can gain 25% and 50% influence by promoting Egalitarian and Fanatic principles. A 25% increase is also produced by the civics principle of the Parliamentary System.

A full 100% increase in Influence will result from researching all three. As opposed to a flat boost, this is a percentage increase. You could possibly gain the most Influence in the game if you follow these three principles.

To enhance your Influence, research-specific technologies are the most immediate and effective option. While playing, you will find the Galactic Administration, Colonial Centralization, and Planetary Unification.

The order of appearance will be that of first to last. For instance, you have to study Planetary Unification before Colonial Centralization, etc.

Before you approach Planetary Unification, you must complete research on Planetary Government.

All of these technologies can be acquired relatively early on in the game. Your monthly influence gain will be boosted if you give them time immediately.

Your Influence will be greatly enhanced with these technologies. Yet if you’re not going to limit yourself, there are still many options.

If the edict is issued, it is valid for 12 and a half years. As long as it is active, it produces five influences every month. However, the road to getting there is long.

You’ll have to research Ascension Theory technology to unlock Will to Power. Ambition edicts can be accessed with this tech. That is where Will to Power can be found.

Even when it’s possible to start researching its implications, Ascension Theory costs 40,000. Getting this upgrade is neither cheap nor easy. Influence can be gained through this approach, but it isn’t as easy as it seems.

Once tensions have been heightened a little by rivalries, a little mercy might be needed. A protectorate can help with that.

Protectorates serve several purposes. However, keep in mind that a protectorate has a specific value when it comes to our guide to finding Influence in Stellaris. Your Influence will increase by .25 for each protectorate you hold in your domain.

The catch is that joining another empire does not necessarily mean that they will join you. Whether the other nation wants your services is up to them.

Small nations can be easily turned into protectorates after they are won through war. The cost of war cannot be underestimated, so bear that in mind.

Even though they are not permanent gains like the others described above. Boosting a species is nevertheless a worthwhile way to enhance Influence once.

Ensure that any pre-sapient species you wish to uplift lives within the borders of your territory.

In addition, you should make sure that you research Epigenetic Trigger technology. You must spend 3000 points on society research.

By meeting these two requirements, you can raise a species to full membership in your empire. As a result of the uplifting, many benefits are gained.

Your ability to uplift won’t always be there. It is, however, a great opportunity for you to gain Influence with Stellaris, if it arises.

Building Outposts, or expansions of your empire, is a major use of Influence early on in the game. You claim new systems with an Outpost. You have to pay 75 Influence for every hyperlane outside of your borders.

An example is that a system near your border costs 75 Influence. But if the distance between the hyper lanes is two, the cost is 150. You can reduce costs in many ways.

Outposts for the Determined Exterminator Civic are 30% cheaper. However, this Civic will never be altered. By using either Terravore Civics or Devouring Swarm Civics, Outpost costs are reduced by 50%. Furthermore, they cannot be altered either.

Devouring Swarm Civic is different in that Lithoids cannot take advantage of it. Terravore Civics are able to be used only by Lithoid.

Diplomacy Traditions only cost one Influence point when adopted, so in that case, they are free.

For a monthly influence fee of .5, you can guarantee someone’s independence. You will therefore defend the empire in case it is attacked. Up to three empires can be guaranteed independence.

The cost of the Non-Aggression Pact, the Research Agreement, the Commercial Pact, and the Migration Treaty will be individually .25 per month.

To enter into one of these agreements, a minimum of positive relations is required. Offering an agreement through the Contacts screen is one way to get an agreement. Send an envoy to improve your relations.

Alternatively, you can look at your Contacts screen to find out how many and with whom you have each type of agreement.

Each month, you will lose 1 Influence point when you purchase a Defensive Pact. If you want to propose another empire, you have to have excellent relations with it first.

Edicts with many useful benefits may have a cost influence to implement. Influence is required to activate 32 Edicts.

Ourselves is the most expensive one, costing 240 Influence. The intent behind this Edict is to encourage unemployed workers and drones to seek employment and housing on other planets within your empire. Until it is revoked, the Edict remains in effect.

The lowest cost edicts cost 40 Influence each. Both of these are sacrifice Edicts. The Edicts are both valid for six years and three months.

Changing Civics costs 250 Influence when you reform a government. Only once every 20 years can a government be reformed.

Using Influence when claiming other empires’ star systems is common. War goals could be used to achieve the claimed systems in the event of a war.

Any claim within a hyper lane of your borders costs 50 influence. For each hyper lane farther from your border, the claim cost increases.

A starbase or colony will increase the cost by 25 if there is one in the system. A claim that has both is subject to a 50 percent increase in cost.

Things That Cost Influence In Stellaris

In a Hegemony Federation, a President loses 50 Influence if the majority cannot agree on the location of the monument.

The President of the Martial Alliance Federation will lose 50 Influence if the majority of the members can’t agree on the Fleet-wide exercise.

You will lose 33% of your Influence gain for 10 years if you lose a war and are humiliated. In addition, your existing Influence is destroyed.

Can you increase influence storage?

There is a limit of 1,000 influence per empire. In comparison to other resources, this storage is not able to be increased.

1,000 can only be held. It would be best if you explore your available edicts as soon as you reach 1,000 in your Empire. Invest in something you are passionate about.

You benefit directly from every one of the edicts you issue, and they last only a short time.

This was all about Stellaris Increase Influence. The tricks above can help you earn up to ten influences per month if you follow them. You could expand your empire even further.

There is an upper limit of 1000 influences you can have at any one time in your empire. You will not be able to gain more Influence after you reach this limit each month. Don’t forget to spend your newfound power.