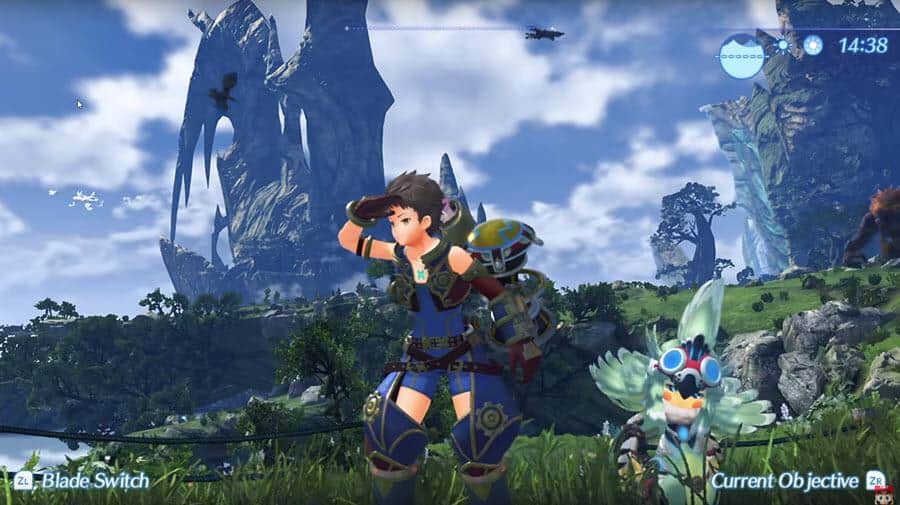 And the prodigal son has returned, finally in its HD glory. No longer will we have to deal with the finicky controls of the Nintendo Wii – now, we can enjoy Xenoblade: Chronicles at its full potential.

Call me biased, but ever since I played Xenoblade: Chronicles 11 years ago, I’ve always wanted this game to rise to the top. I daresay the game’s story, combat, and world is much better than that of Final Fantasy or Kingdom Hearts.

Now that we this game remastered on the Switch with an extended epilogue, we can now finally play this game at its full potential. But that might not come true. You know why? In the middle of this quarantine your Switch might be acting up and all buggy – and you’ll never be able to experience the fullness of this game.

So in this troubleshooting guide, we’ll be helping you to troubleshoot Xenoblade: Chronicles Definitive Edition on the Switch! So before you curse Mechonis out of frustration, hang in there. Continue reading this article, and we’ll offer you some basic tips and tricks to troubleshoot your Switch.

So put away your Monado blade, because it’s troubleshooting time! In this article we’ll be providing you a list of problems and bugs you’ll encounter on the Nintendo Switch, followed by a solution for each.

If there’s one thing I’ll give Nintendo credit for, it’s their unique Game Card system. It’s a neat and compact way of keeping all your games in the palm of your hand.

Unfortunately, there can be a little trouble with the system. Switch not detecting the Xenoblades: Chronicles game card? You have two solutions here. Take out the game card, and reinsert it again – making sure it’s locked securely in place.

Still not detected? The next solution is to take out the game card, and retrieve a lint free cloth. Gently wipe the insides of the game card slot and the game card itself. I stress this again – use lint-free cloth. We want to leave no debris anywhere.

So, you can see the beautifully designed Xenoblade: Chronicles icon. You select it, press the A button, and it appears the game isn’t launching. This is due to several possible reasons:

If you’re borrowing/sharing a Switch with your younger siblings, it might be because of parental controls. Xenoblade: Chronicles is rated Teen – and so the parental controls might be restricting access to the game. To fix this issue, head over to the settings to Parental Controls. The screen might prompt you for a PIN – if you don’t know the PIN go and ask your parents for it.

Once you input the PIN, you’ll be allowed to turn off the Parental Controls. Turn it off, and afterwards launch your game. Of course, don’t forget to turn the Parental controls back on for the sake of your younger siblings!

It happens to every system – whether PC, PS4, Xbox, and even our beloved Switch – Data can get corrupted. Buggy software, erratic Internet speeds, and a whole load of other reasons can cause corrupted game data.

Thankfully, the Switch has an elegant built in fix for the problem. From the Home Menu, head on over to System Settings. From the list, select Data Management – and look for Xenoblade: Chronicles. Select “Check for Corrupt Data”.

From here on, the Switch will handled this process automatically. If it finds any missing data files, it’ll be quick to download and fill in the missing gaps!

Your Switch will be unable to run or launch the game if you’re struggling with any SD Card issues. If you’re certain Software Corruption or Parental Restrictions aren’t the case – the first step is to test other software. If your other games aren’t launching either – it’s an SD problem.

First hotfix you can do is take out the SD card and reinsert it again. Turn off your Switch first, and afterwards open the back panel where the SD is slotted in. Gently pull it out – if you notice any dirt or debris clean it with a lint-free cloth. Afterwards, reinsert it again and turn on the Switch. Try Launching Xenoblade: Chronicles from the Home Menu.

If it still doesn’t work, try replacing the SD card with another one. Damage and other reasons might render the SD card unusable – so switching for a clean one can help solve the issue.

If there’s one thing nobody likes, it’s having frame rates as fast as your grandmother playing cookie clicker. Fortunately for us on the Switch, there’ll be no need to lower any graphics settings to solve this issue. Here’s a couple of reasons as to why you might be suffering horrible frame rates.

The firmware on the Switch is all-in-one, and includes all the things needed to run a game smoothly. Of course, this firmware needs to updated regularly – as new games will require updated software to run smoothly.

To update your firmware, head on over to the Settings Menu. Scroll down until you find the Systems Tab option. It’ll present you a list of options – from the list select System Update. Your Switch should now check if any updates have rolled out. If it finds one – your Switch will download the software and update itself.

While you’re playing the game, your Switch might be doing other things in the background. Though the Switch should be equipped to handle it – sometimes these background processes cause stuttering.

To resolve this issue, simply head over to the Settings Menu, and select Internet Settings. Select Wi-Fi Settings, and from there turn “Auto-Connect” off.