Elden Ring never lets the player down in terms of gameplay, but the atmosphere of the game can sometimes be depressing, but there is no need to fret since there are some moments of comedic relief present inside the game.

One of such moments is when you encounter an NPC who makes fun of you for being maiden-less. Well, perhaps that might not prove to be the funniest interaction for some if you get what we mean. Anyways, this NPC is related to a quest that helps you progress in the game, and the final step to complete his quest is to get the maiden’s blood. It seems our hypocrite NPC friend is just as maiden-less as us.

Contents hide
How to Get Maiden Blood in Elden Ring
Church Of Inhibitions
Chapel Of Anticipation
Can you overcome madness in Elden Ring?
How many bosses are in Elden Ring?
Is the White-Faced Varre quest mandatory?

How to Get Maiden Blood in Elden Ring

Due to the Elden Ring game being set in a vast place, it can be difficult for players to locate a maiden from whom blood can be extracted. In this blog, we have mentioned locations where players can easily get maiden blood from in Elden Ring.

The Church of Inhibitions is an easy location to acquire maiden blood though it can be somewhat dangerous since the area causes madness.

If you tread the main road north of the Church of Bellum grace site and then pass through the Frenzied Flame Village, you encounter a slope present at its rear. Upon climbing it you will arrive at the Church of Inhibitions. On top of the church, a dead maiden can be found and from here you can acquire maiden blood.

The safest and best way to get the cloth soaked in blood would be go find the dead maiden inside the Chapel of Anticipation.

The chapel is the starting location for the player as soon as they open a new game. It can later be revisited by using the Waygate at The Four Belfries which requires an Imbued Stone sword key to activate. Once you get there, you can go to the main hall where lies the body of a dead maiden. You can interact with it to soak the cloth with its blood.

Following are some frequently asked questions about Elden Ring that can be useful to you:

Can you overcome madness in Elden Ring?

Yes, you can overcome madness in Elden Ring. You need to collect items, spells, and skills which help you resist the special effect. You can also invest in the Mind Attribute which in turn increases the Focus stat.

How many bosses are in Elden Ring?

The number of bosses in Elden Ring surpasses 100. Elden Ring is a game that is very rich in lore, and thus has many bosses to give depth to its storyline. Though, it should be mentioned that among those bosses only 12 are compulsory to progress in the game.

Is the White-Faced Varre quest mandatory?

Even though the White-Faced Varre quest does not seem to be mandatory, we still recommend you complete it since it will award you handsomely with items that will be of use later particularly the Somber Ancient Dragon Smithing Stone.

Elden Ring is a story-rich game with many quests that the player can complete which reward the player with important and useful items. One such quest is the White-Faced Varre quest, which upon its completion allows the player access to Mohgwyn Palace where they can acquire a Somber Ancient Dragon Smithing Stone.

The final step to completing this quest is to soak a cloth given to you by the Varre with maiden blood. In this blog, we have highlighted the locations where the player can find maiden blood. 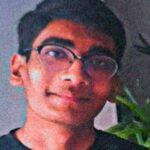