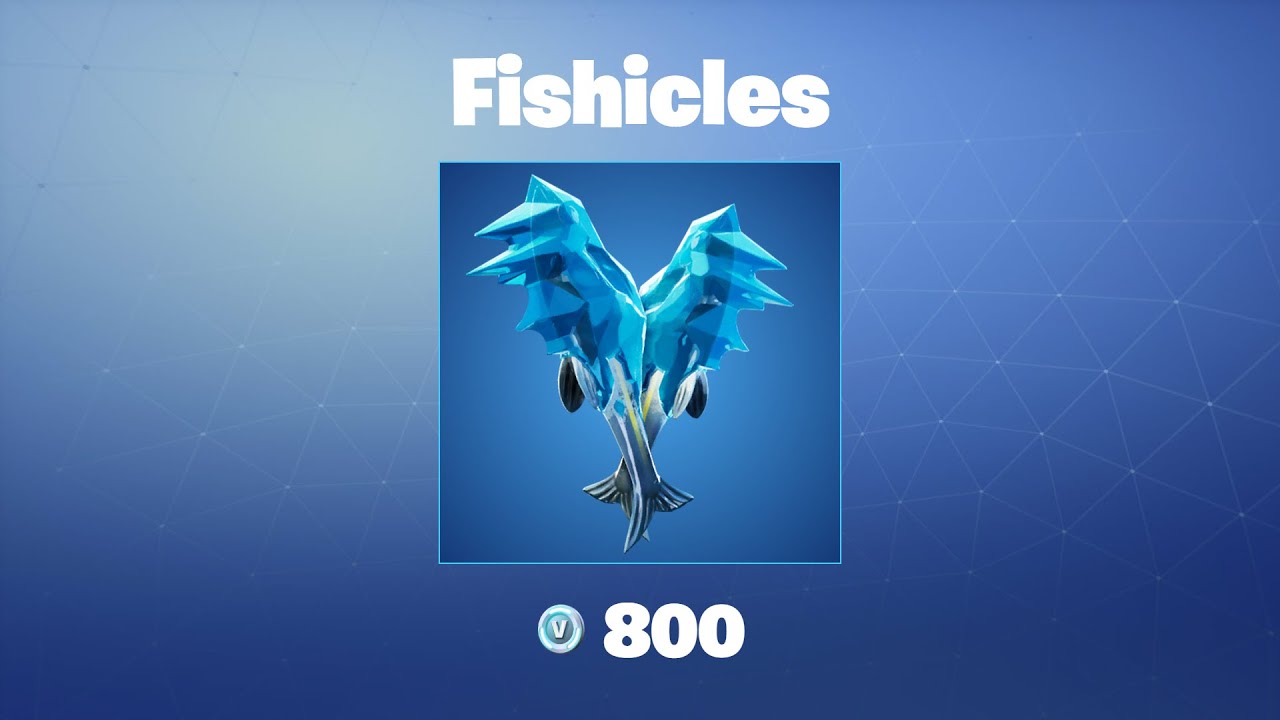 Cosmetics play a huge part in Fortnite. They allow players to express a sense of individuality on the battlefield, and they allow a number of different variations for you to indulge in, often in forms of sets. Whether its Fortnite weapons or getting new stuff from the Fortnite item shop, there is something for everyone to change up when playing the popular Battle Royale title.

Today, we will be discussing a rare Fortnite pickaxe, what set it is a part of, and how you can obtain it.

Another rare pickaxe made its way to Fortnite at the start of the chapter, in the form of the eye-catching Fishicles.

What is the Fortnite Fishicles Pickaxe?

In Fortnite, we often see new cosmetic Fortnite items being brought in on a regular basis. These are introduced when there is a new event taking place in the game, or if a new season or chapter is upon us. In Fortnite Chapter 2 Season 1, we saw a lot of the map being flooded with water, making the game adopt a more aquatic theme.

As a result of this, we saw a lot more water-themed Fortnite items and cosmetics being introduced. It wasn’t just limited to cosmetics either, as we also saw over the course of the chapter other features being brought in such as sharks, boat events, fishing items, and much more to get fans into this new overhaul.

In this particular instance, we saw a rare Fortnite pickaxe being introduced in the form of the Fortnite Fishicles pickaxe. This was a harvesting tool that was released on New Year’s eve 2019.

What Set was it part of?

The pickaxe was released alongside the Set Bear Brigade in the Fortnite Item Shop. This featured two different cosmetic items for players to get a hold of, including the Polar Patroller character skin, and the Ice Fisher backpack.

How to obtain the Fishicles Pickaxe in Fortnite?

The Fortnite Fishicles pickaxe was made available for purchase in the Fortnite item shop for 800 V-Bucks when it was listed. Often, we see cosmetics come and go from the Fortnite shop, with many being vaulted before returning at a later date.

This is to keep the game fresh, but it also opens the door for an entirely different form of feature for Fortnite players to indulge in.

Whilst some are much rarer than others since there are even cosmetics locked behind the purchase of particular devices, opportunities such as these give you a chance to get your hands on a piece of the game’s history. So, if and when it does appear in the store, make sure that you pick it up.

Do you have the Fortnite Fishicles pickaxe? Let us know in the comments section below!