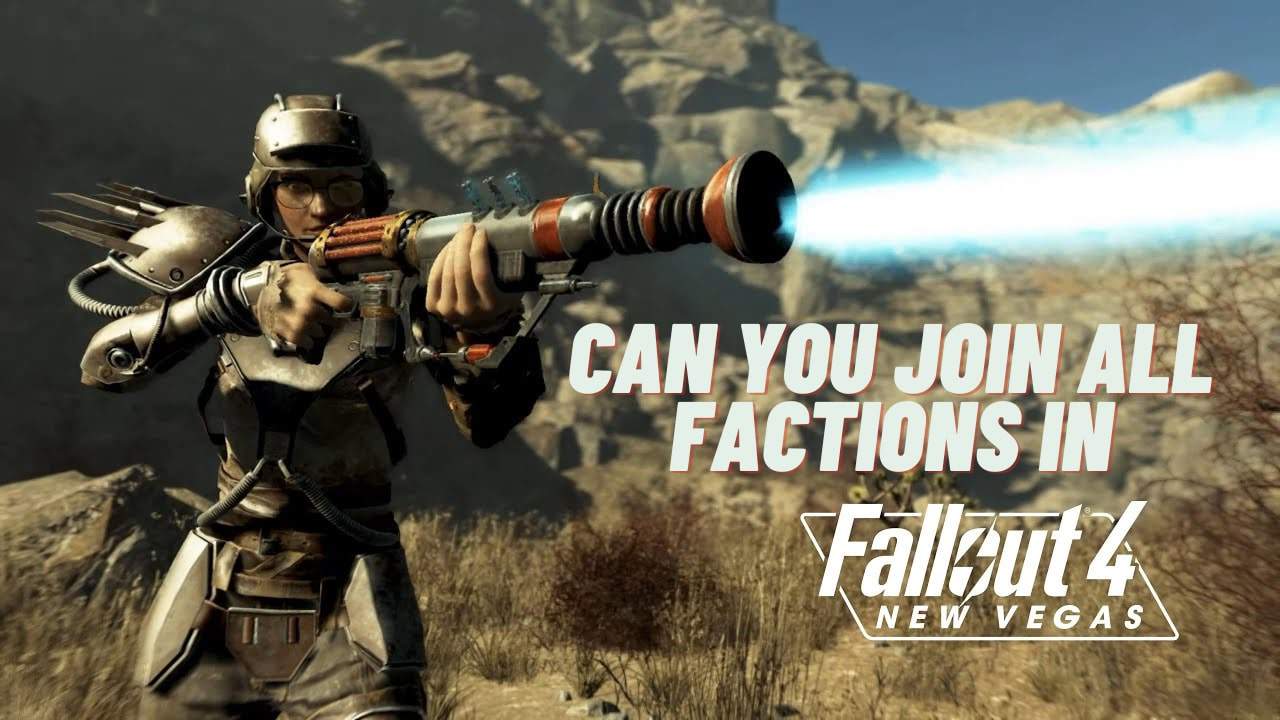 Fallout 4 is an action role-playing game developed by Bethesda and was released on November 10, 2015. Fallout is a perfect brew combining a good storyline with enthralling gameplay capable of keeping the player engrossed for hours on end. Even though it was released in 2015, it still holds up its place as a title beloved by many.

Fallout 4 is set in a post-apocalyptic world, particularly in a town named Commonwealth, where the player acts as a parent looking for their lost child. On their journey, they encounter several anomalies and must decide the fate of many as a result of the choices they make.

Several factions exist in Commonwealth, each with its own agenda and morals. These factions include The Minutemen, The Railroad, The Brotherhood of Steel, and The Institute. The player is allowed to interact and choose the faction which they wish to join, and the story progresses accordingly, but can the player join all factions in Fallout 4? That’s the question we will answer in this blog.

An Overview of the Factions

The 4 factions in Fallout 4 all have a crucial role to play in the story of the game. Each faction has its own goals and most of them despise the other factions seeing them only as thorns in their path. Here is an overview of what each faction is and its place in the game:

The Minutemen – The Minutemen consist of humans who banded together after the apocalypse and only wish to help other humans. They work for the welfare of the people and are not particularly hostile towards any of the other factions.

The Railroad – The Railroad is a faction that detests the Institute due to their practices involving synths (human-like sentient robots) and works to end the Institute’s reign over them. They want to free the synths and grant them the freedom they deserve.

The Institute – The institute is the evilest out of all the factions. They create and experiment on synths often using them as labor as well. They only care about their own goals and work only to further the destruction of humans and the world.

Interacting with the Factions

The player is the protagonist who encounters the factions at different points in the game. It is a misconception that once you interact and work with one faction, the other factions will instantly become your enemy and you can no longer cooperate with them, but the reality is quite different.

Once the player completes a quest concerning a faction, they can go and complete another quest related to another faction without worrying about any fatal consequences. Though the player should be wary of the point of no return.

The Point of no Return

The point of no return is a point in the game where the player is required to make crucial. These choices are the ones that affect the player’s relationship with the other factions. The game does inform the player that the choice they are about to make will make significant changes, giving the players a chance to back off if they do not yet wish to join a faction. This begs the question though; Can the player not join multiple factions using this method?

The answer is not as straightforward as you might imagine. Theoretically, yes, the player could keep this up and be a part of all the factions without enticing any unfavorable outcomes involving any of them, but remember, the factions are enemies to each other.

So, the final answer boils down to; Yes, you can join all factions, but you will not be able to keep your neutrality for the entirety of the game.

Which factions do the Railroad hate?

The Railroad mainly hates the Institute because of the way they treat the synths but The Brotherhood of Steel is also a faction they despise since they often hunt the synths and are biased against them. The Minutemen are not particularly loathed by any of the factions.

Which factions are the Brotherhood of Steel hostile towards?

Who does the Institute detest?

The Institute is a group that only cares about themselves and continues their morally questionable deeds throughout the game. For them, the Railroad who despises them is an enemy as well as the Brotherhood of Steel who wishes to take control of their might. Although they do not hate the Minutemen, they will not spare them if the Minutemen choose to foil their plans.

Fallout 4 is a massively popular game with its intriguing storyline and lovable characters. It was developed by Bethesda and released in 2015. Since its initial release around 13 million copies of the games have been sold which is a tremendous feat.

Fallout 4 is based in a post-apocalyptic setting where the player must solve mysteries and progress through the game while interacting with the groups of people present in it known as factions. There are 4 factions in Fallout 4 and whether the player can join all 4 of these factions is a question we have answered in this blog.

Speaking of lovable characters, which character from Fallout 4 is your favorite? Let us know in the comments section below.