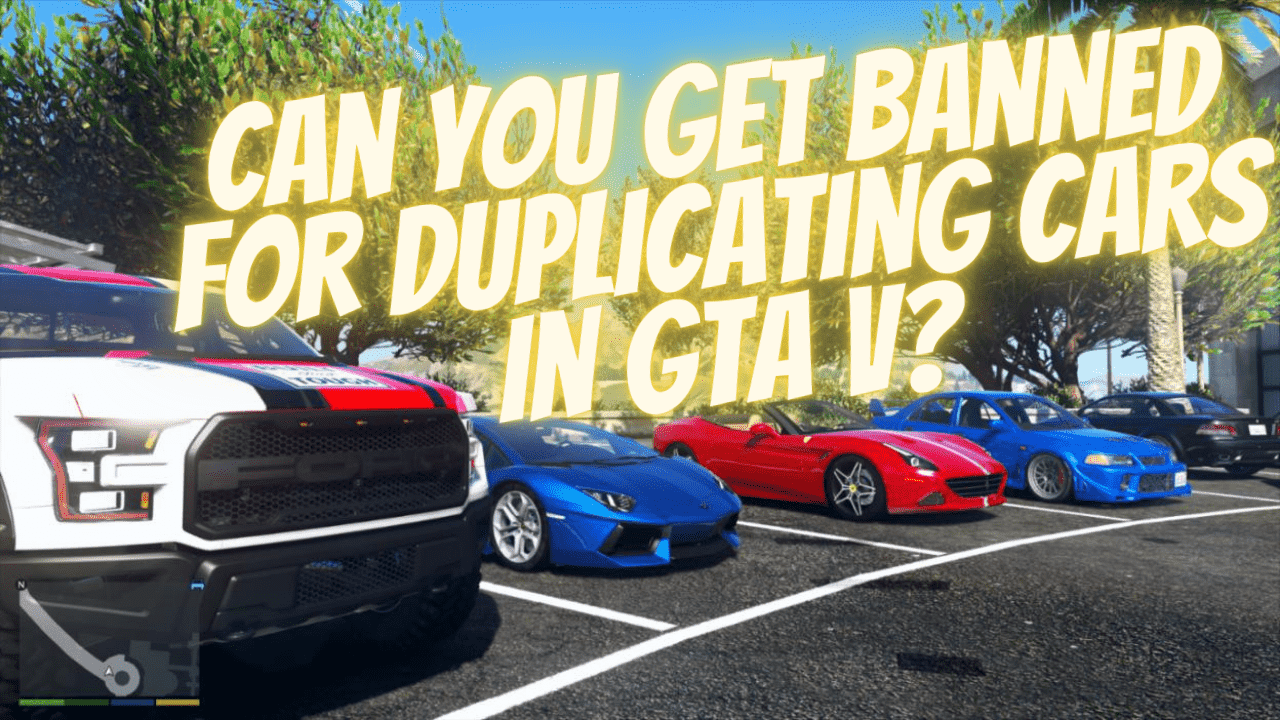 Grand Theft Auto V is an open-world, action-adventure game revered for its storyline and gameplay. It was developed by Rockstar Games and was released on September 17, 2013, making it almost a decade old, but it is still far from being pronounced ‘dead’ or ‘obsolete’. Many fans enjoy the game even today and are enthusiastically waiting for the next addition to the Grand Theft Auto series.

One of the most famous features of the game is being able to play it both online and offline allowing it to cater to a larger audience. GTA V is also famed for its plethora of cars that the player can choose from. In-game currency can be used to purchase said cars and can also be sold to other players.

Recently, players have found a way to duplicate cars they have purchased and sell them to other players in the online version of the game granting them the ability to make a great in-game profit. This raises a question though; can you get banned for duplicating cars in GTA V? In this blog we have set out to answer that question for our fellow gamers.

For more help on GTA V, read our How Many Lines of Code are in GTA V, How to be a Cop in GTA 5, GTA 5 Out Of Game Memory Please Reboot, GTA 5 Random Crashes, GTA V Save Game Location Guide,

Do Dupes Get You Banned?

Rockstar has placed measures against duplicating cars in GTA V, but that does not mean that you cannot get detected for it.

There are two types of dupes or duplicates in GTA V:

Clean Dupes – Duplicated vehicles that have their custom plates randomly generated at the time of duplication.

Dirty Dupes – Duplicated vehicles that have the same plate as one of the other vehicles in the player’s possession.

How many clean dupes can I sell in GTA V?

If you perform the clean dupe glitch and get your hands on some clean dupes which you wish to sell, then you must keep the daily limit in mind. You should only sell 2 dupes in two hours and a total of 7 dupes in a 30-hour time span to not get dupe detected.

How many dirty dupes can I sell?

You should never sell dirty dupes since they increase the likeliness of your account getting banned resulting in you losing everything you had acquired. There are ways to turn dirty dupes into clean dupes, we suggest you try those.

Why does Rockstar not ban players for duping cars?

A massive number of players on GTA V take advantage of the car duplication glitch but Rockstar does not ban them until they start selling those dupes. Taking into account that the majority of players use this glitch and that Rockstar has no other games to push its player base towards, it becomes evident why they do not ban these players, because if they were to ban them then they would millions of users throughout the world.

GTA V is a game revered throughout the world for its fun and exciting gameplay, and its loyal fan base has kept it one of the well-performing games in history, but that does not mean that its players do not take advantage of the bugs and glitches present inside the game. One of those glitches is the car duplication glitch which allows players to make copies of cars they own which they can sell to other players.

Does the glitch not get you banned in GTA V? This question is asked by many players who are wary of getting banned and losing all their progress in-game, but there is no need to fret any longer since we have answered this question in this blog.

How long have you been GTA V for, and would you perform this glitch to get some free cars? Tell us in the comments below.