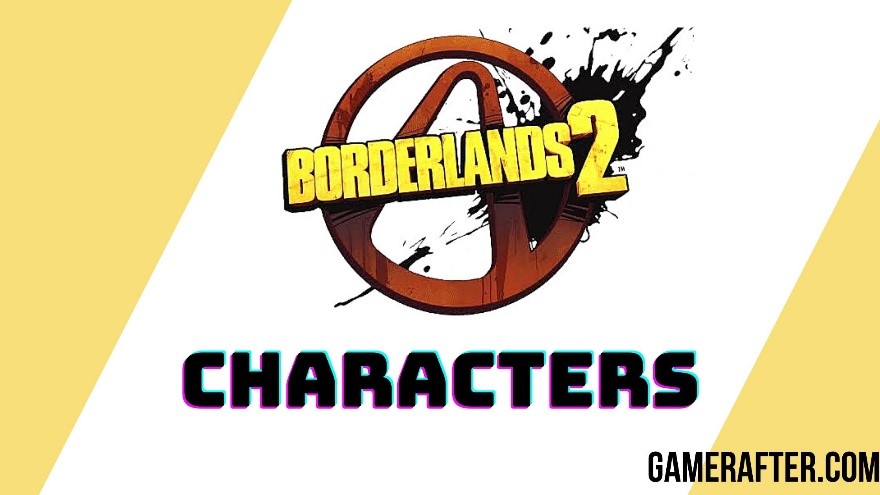 Borderlands 2 game is amazing and so are the characters. This blog is about the borderlands 2 characters that are playable and the ones on DLC.

We have discussed them one by one with their powers, features and the skin. When you know the ability and power of a character in a game, it becomes a lot easier to pick the character.

Borderlands 2 is the sequel of Borderlands, it is an open-world game and borderlands 2 was a massive hit with its amazing maps and characters.

if you are a borderlands 2 fan( like me) then keep on reading!

There are in total 6 playable characters in borderlands 2. Tow of them( Gaige and Krieg) are DLC characters. These characters are amazing in their own ways, all of them have different skills that are helpful for the game.

All of the characters have powers that are different from the other character. These powers can be used in combinations and can be very helpful in the game.

So, without any further delay, let’s know more about the borderlands 2 characters.

Axton- The Commando is a very stylish character that can kill enemies with his amazing powers. Axton has trained with Dahi Military and he has those military fighting skills, he went from planets to planets for hunting but then he joined the vault hunter team.

Axton has a special machine called Sabre Taurret that is used to kill the enemies in few seconds. Sabre Taurret can be used differently depending on the skill tree you are using.

Maya is also an amazing character in borderlands 2. She was trained by monks and then she went to Pandora to learn and enhance more of her skills.

She can use her powers as a Siren to kill the enemies that’s why she is Maya- The Siren. Maya’s special power is the Phaselock, which is used to lock the enemies attack in the air. The other highlighting ability of her is, she can attack many enemies at a time and can handle a crowd attack on her. The skill tree of Maya includes the following:

Salvador is next on the list. Salvador is the criminal character of borderlands 2. He was born and raised in Pandora, unlike the other characters. He is the most wanted criminal in all of the characters. Salvador can use two weapons at a time and can kill dozens of enemies very easily.

His special power is Gunzerker, when he uses this power, he can heal himself quickly and can regain weapon ammo quickly. These are the skill trees of Salvador:

Zero is the coolest character in the borderlands 2 game. He wears a mask and his identity is hidden. Zero works as an assassin and kill people, completing missions that are assigned to him. He has joined the vault hunter team to make the team better because he is already the best at what he does!

Zero has the ability to produce a hologram to distract his enemies, he can also become invisible and kill his enemies easily.

These are the skill trees of Zero:

DLC characters are the characters that are not pre-installed on your game. You have to download them separately. There are 2 DLC characters in borderlands 2, these are:

Gaige is the first DLC character of borderlands 2. If you want this character you have to purchase it or get the GOTY edition of the game.

She can summon robots to kill enemies and her power is called the deathtrap, when this power is used robots come to help her in the combat. She can do a laser attack to kill enemies. These are the skill trees of Gaige:

Krieg is a psychotic character of borderlands 2.

When the Krieg is enabled, he becomes a psycho killer and killing with melee is his special power, he can kill enemies with 500% melee power. These are the skill trees of Krieg:

So, These were the characters, tell us in the comments what is your favourite character?