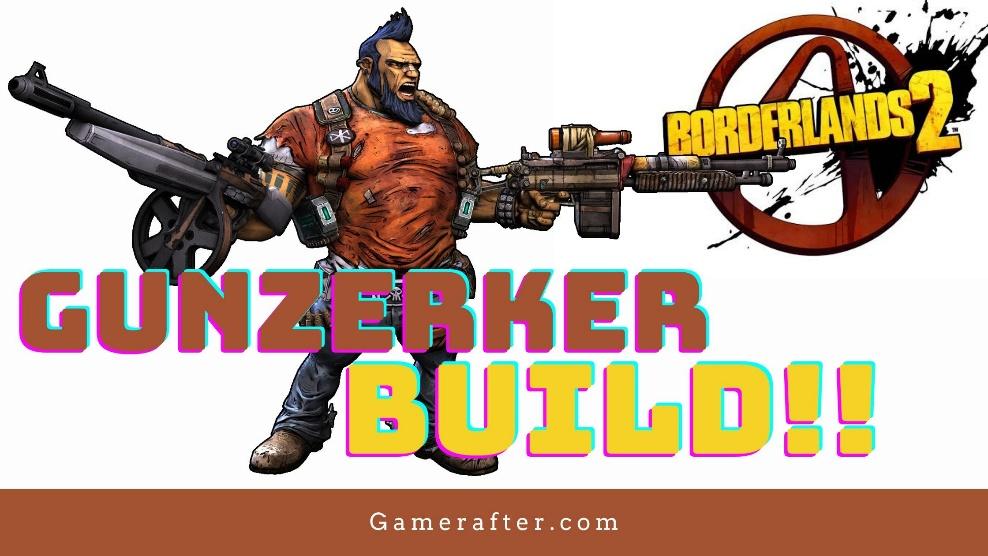 Salvador: The Gunzerker is a fan-loved playable character in Borderlands 2. It is an excellent character with special abilities. One of his special abilities is Gunzerkering. Salvador can handle two weapons at a time and that is something which makes him special in the game.

Many players want to know about the best borderlands 2 Gunzerker build, so in this blog, we have mentioned the top 3 Gunzerker Builds that you must know about!

These are the Gunzerker builds that we are going to discuss:

Now, let’s see them one by one!

The first build is the Boss Build. It is a hybrid build and mainly focuses on the Rampage and Gunlust Tree. It works fairly well and It is the best build for Gunzerker.

These are the skills:

Steady as She Goes 1:
• +80% Recoil Reduction
• 30% chance to improve Accuracy while Gunzerkering

Get Some 5:
• Shooting an enemy decreases Gunzerking by –3 seconds.

The next Build is focused on the Brawn tree. It works like a charm for Gunzerker and Gunzerker goes insane with this build.

These are the skills of the Brawn Build:

Locked And Loaded 5:
• Fire Rate for a short time when reloading

Down Not Out 1:
• You can start Gunzerking when in a Fight for Your Life.

Inconceivable 2:
• 20% chance for shots not to consume ammo

The Hero Build is not particularly focused on a single tree. It is divided into the all three Trees. From Highest points for Rampage, then Gunlust and then lowest Brawn. You should definitely try this build!

These are the skills of Hero Build.

Locked And Loaded 5:
• +25% Fire Rate for a short time on reloading

Inconceivable 5:
• 50% chance for shots not to consume ammo .

Steady as She Goes 1:
• +80% Recoil Reduction
• 30% chance to improve Accuracy when Gunzerking.

Yippie Ki Yay 5:
• Increases the duration of Gunzerking by +3 seconds

Get Some 5:
• Killing an enemy decreases Gunzerking cooldown by –3 seconds.

All Out of Bubblegum 4:
• +28% Fire Rate when shield depletes

These are frequently asked questions about borderlands 2 Gunzerker Build.

What is the best skill tree for Gunzerker?

The best skill tree for Gunzerker is the Brawn Tree. Salvador becomes insanely dangerous if the brawn tree is used wisely.

How do I Gunzerker for 90 sec?

You have to get at least 19 kills to Gunzerker for 90 sec.

This blog features the 3 best borderlands 2 Gunzerker builds. All of them are discussed above. You should try these builds to get better performance and more kills in the game.

Lastly, I hope this blog helped you. If you have any better Gunzerker Builds, then do share them in the comments!