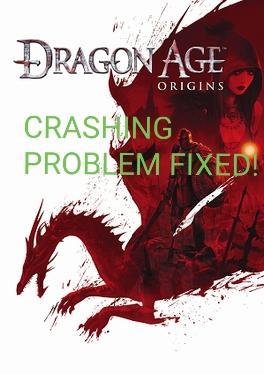 Dragon Age: Origins is a role play game which is developed by BioWare. It is an amazing game and many players are in love with it, but the only thing that is annoying the players are the errors.

Players have reported that they are facing errors on the startup and some say that the game crashes on load. That’s why we have made this small guide to help them out. If you are also facing the crashes in dragon age: origins.

So, without wasting any time let’s get to the point!

Before we talk about the solutions, you must know the reasons for the Dragon Age: Origin errors so that if it happens again you will be able to identify the reason.

There are many factors that may cause these crashes. These are some of them:

Now, let’s get to know the solutions!

How to Fix Dragon Age Origins Crashing Problem Issue in 2022

These solutions are effective, so follow them one by one properly and you will eventually find the one that works for you!

Game mods are used for alteration in the game, and for that purpose game mods create changes in the game files.

If you are using a mod for Dragon Age: Origin and after that, the game started to crash, then there is a high possibility that the game mod has created an alteration in the launcher file.

So, if you are using a game mod then disable it right away and then try to open the game.

Other than the mods, if you have other apps like screen recorders, live streaming apps etc. Then you should disable them too and then check for the error.

If your game is still crashing, then move on to the next point.

Many players have suggested that lowering the in-game video settings has fixed their crashing issues. To change the settings:

Dragon Age: Origin is a high level game and if your system is not updated then it will definitely crash. You must update your windows to fix the Dragon Age: Origins crashing on load issue. To check for Windows update:

Dragon Age: Origin is a high graphics game, so if it is not getting enough memory then it will ultimately crash. You have to give the required amount of memory resources to fix the Dragon Age: Origin crash problem.

You can increase memory resources by following these steps:

Note: This Method is only applicable if you have 64-bit Windows, in case you have 32-bit version Windows then try other methods.

Setting the game affinity has also fixed the for many players. This gives more memory resources to the game.

These are some of the Frequently Asked Questions about the Dragon Age: Origins

Why does my Dragon Age Origins randomly crashes?

This could happen due to a lot of reasons like outdated graphics drivers, corrupted game files etc. To fix it you should lower your in-game video settings and if it still persists follow the above given methods.

We have talked about the reasons for this error and after that we have also mentioned the best solutions to fix it.

I hope your problem is fixed by now. If you have any queries you can ask them in the comments!